Sexual Trauma and Counseling Center benefits from Self Regional grant

This article was included in the “Your Community, Your Self” Community Benefits Report for Spring 2012. View the complete index of articles and content, or download the full PDF (four pages). 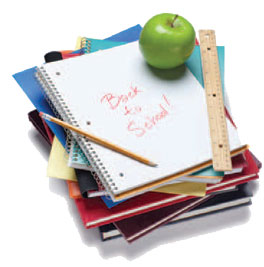 “As a result of treatment, my son is now
more talkative and very open about his
thoughts and feelings.” – Anonymous Parent

Did you realize 50 percent of those who sexually abuse toddlers are actually related to the victim?

Such was the fate of a 13-year-old boy assisted by the Sexual Trauma & Counseling Center, a local facility receiving an annual grant from Self Regional Healthcare’s Community Outreach Committee. The grant, combined with other support, makes it possible for the center to be staffed with therapists who hold a minimum of a master’s degree and/or are licensed clinicians trained in trauma-focused cognitive
behavioral therapy.

Due to the sexual abuse, the teen was experiencing significant behavioral problems related to anger. This led to him being placed in numerous alternative schools and ultimately in a residential facility. Initially, the youth avoided discussing the sexual abuse. According to his mother, he had previously received treatment twice with no success at reducing or eliminating the feelings of anger and display of inappropriate behaviors.

After four months of treatment at Sexual Trauma & Counseling Center, the teen is now able to discuss the sexual abuse and reports a significant reduction in symptoms. In addition, he has been released from the residential facility, and he has successfully returned to public school.

In an interview, the boy’s mother responded to these questions as she talked about her family’s experience:

What were the benefits of your son receiving treatment at Sexual Trauma & Counseling Center?

As a result of treatment, my son is now more talkative and very open about his thoughts and feelings. Prior to treatment at Sexual Trauma & Counseling Center, my son would not talk to anyone about his abuse or other uncomfortable topics like sex. Now my son is very open and willing to discuss difficult topics.

What has the impact of treatment at Sexual Trauma & Counseling Center had on your son’s and family’s life?

The behavior changes in my son since beginning treatment have made life easier. Before treatment, I was constantly worried about my son’s well-being. Now, I am not as worried about him because he is finally talking to someone about his problems and he is getting better.

What would you tell other families who have experienced sexual abuse about counseling at Sexual Trauma & Counseling Center?

I would definitely advise them to come here because of the approach they used with my son and how quickly he got better. I have been to other therapists that didn’t help my son to talk about the abuse. My son’s therapist was able to get on my son’s level and not intimidate him so that he was able to open up about the abuse.

Return to “Your Community, Your Self” index.